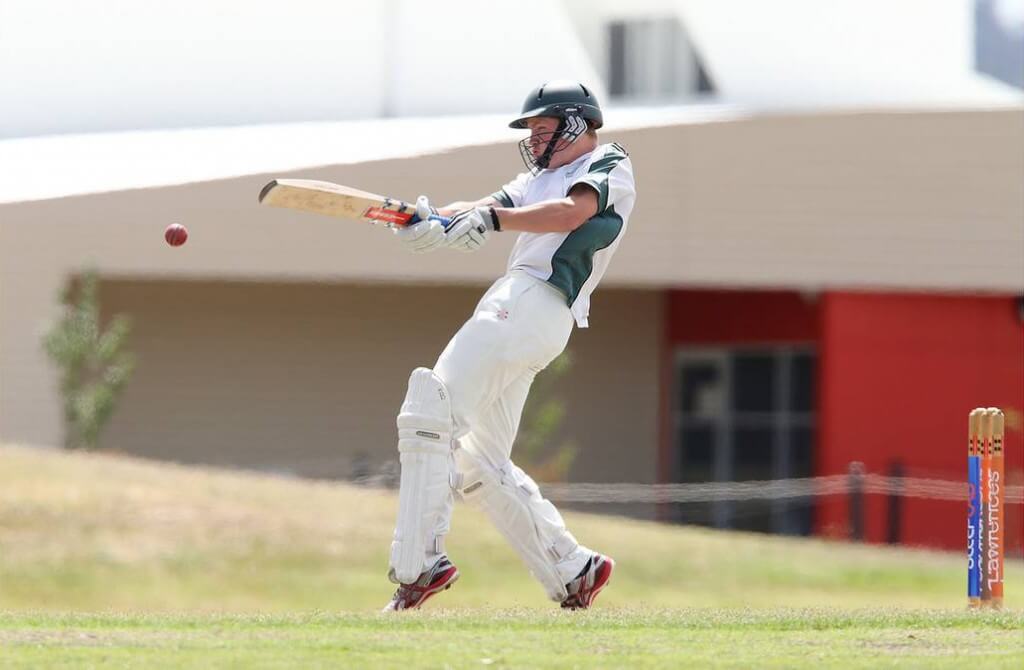 ST PATRICK’S staged a gutsy lower-order fightback to claw its way back into contention against Wodonga in their Cricket Albury-Wodonga provincial clash at Xavier Oval on Saturday.

In dire trouble at 6-86, the Patties refused to buckle under pressure with Jason van der Merwe, Kane Arendarcikas and Cameron Furze rallying to post a competitive 257.

Van der Merwe was the mainstay with a well compiled 114 while Arendarcikas contributed 33 and Cameron Furze hit out late to make 46 not out in his first appearance of the season.

Coach Mark Butters was proud of the way his charges regrouped after looking gone early.

“We got off the canvas,” Butters said.

“We were in a fair bit of trouble and I think Kane really changed the game when he came in.

“He was positive from the start.

“We will be happy to try and defend it, but Wodonga has some bats so we have a lot of work ahead of us.”

Wodonga’s pace trio of Brendan Klein-Boonschate, Byron Hales and James Saker had St Patrick’s under the pump from the outset but, once again, it was James Tonkin who chipped in with vital wickets.

He picked up the key wickets of Luke Restall and Braedon Hensel with his off-spin and went on to claim the impressive figures of 4-61 off 16 overs.

St Patrick’s, who went into the clash without injured skipper Heath Naughton, were dismissed on the final ball of the day when Hales picked up the wicket of Butters.

Lavington and Belvoir are locked in a tight battle on a slow wicket at Lavington Oval.

In a see-sawing day’s play, the Eagles started their innings superbly with openers John Spencer (46) and Cameron Lodding (62) putting on 109 for the opening partnership.

But Lodding’s dismissal triggered a remarkable collapse, with young quick Ryan Brown the chief destroyer with 6-36 in his best performance in provincial ranks.

After making only 171 runs, Belvoir looked down for the count before it picked up the wickets of Panther duo Andrew Mackinlay and Mick Howard before stumps to have the home team under the pump at 2-11.

East Albury is in control against Wodonga Raiders at Alexandra Park.

The Raiders made a bright start through Carl McGregor (51) and Kori Stevenson (30) but fell away badly to be dismissed for 137 in the 61st over.